Since today is World Read Aloud Day, I wanted to share with the impact reading to my children has had on our lives.

My youngest is Abigail. Abigail is 9…and she is a champion reader. No, seriously, she’s been reading since she was 3 years old. We discovered this because one day we were walking through the grocery store and she pointed to a stuffed animal dog she wanted and she said “Love pup!” When we looked at the dog, sure enough on the tag it said ‘love pup.’ That could have been a fluke though, right? But then in that same week she was sitting on my lap as I was scrolling through Facebook and she said – ‘mom, what is a vampire?” I looked at Facebook and right there in someone’s status update they had mentioned vampires. There were no pictures or anything, and while I read books with vampires in them, I can tell you it wasn’t something regularly discussed at our house…(yet). So sure enough we started testing our 3 year old, and she was the master at reading – phonics came so easily to her. It was crazy. Up until recently her school wouldn’t let Abigail read at her actual reading level because the books (material/content) weren’t really appropriate for her age. (Side note: While I’m a parent who can make that judgment call, and should, I am thankful for rules like this since I don’t always see the books she checks out from the library there.) Abigail isn’t some super genius or anything though, in fact reading is probably the only subject she really excels at. 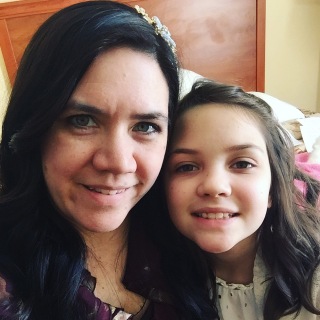 My middle child is Azalyah. Azalyah is nearly 11 and she is the 2.0 version of myself. She loves to read, loves to go to bookstores; spends all of her Christmas and birthday money on books. She has one thing at her age I did not, the internet. So while I was just getting into ‘fandoms’ as an adult – she’s already found one, and will likely be on to another here soon. I can’t wait until she starts wanting to go to book signings and things with me!! It will be so much fun – but for now, her authors aren’t really at those events.

My oldest child is Elijah. Elijah is 12, and he is dyslexic. He was diagnosed in 2nd grade, though he was on an IEP since about halfway through Kindergarten because there was something obviously going on. Since I was a huge reader growing up, and it’s obviously still a passion now – finding out your kid is having real honest trouble in the area that brings you so much joy – that was hard. Elijah is the most imaginative child you will ever meet. If you ask him, he will tell you of these worlds he’s created within his head. It’s amazing. He could write his own books – and maybe one day he will, but my heart simply breaks for him that he struggles so hard to read a simple book.

Dyslexia is a little bit of a misunderstood learning disability, as far as the general population goes.

Your brain does not simply take words and flip them backwards, it’s much more complex than that. Elijah knows all his letters, all the sounds; he understands them backwards and forwards. Dyslexia takes those letters and their associated sounds and between seeing them on the page and the getting that information into the brain – somewhere the wires get crossed, and you’re trying to put the sounds in the wrong order even though you can clearly see that it isn’t written that way. This is not something that just goes away, but something that you learn to live with. For all intents and purposes, instead of learning to read conventionally, Elijah learns to read by either learning that a certain set of letters equals a word. IE: Instead of sounding out the letters C-A-T to cat, he learns that the symbol that looks like “CAT” equals the word cat. The other way would be to memorize how chunks of letters sound together and attempting to string them together in smaller chunks to get the word to come out properly.

As you can imagine, this slows down the process of reading considerably. While his classmates were reading passages and understanding them completely in 5 minutes time, it would take Elijah 15 minutes to do the same thing – and by the time he would reach the end of the passage, whatever happened at the beginning was lost to him. This kind of struggle for a kid who has extremely high comprehension levels – it just doesn’t seem right. It really isn’t fair at all. Spelling is another mountain all  it’s own…one that we are still trying to tackle.

Needless to say, we’ve spent countless working on reading (and spelling..and writing) at our house. Elijah reads a lot better now. He has had some great teachers (in the public school system, mind you!) and has made so much progress – and I can’t be more proud of him!

But reading in our house wasn’t all about being in school. My husband and I read to our kids even before all of this came up. The kids would get a bedtime story (or 8) at night before bed. We could quote Seuess like nobody’s business (Ever heard of ‘The B Book’ – one year for Elijah’s birthday Justin, my husband, wrote a song for him – and at the end of it he quotes the entire B Book.) As the kids got older we started reading chapter books and have helped our kids discover new worlds, sucha as Narnia, Neverland, Hogwarts – make new friends like Stuart Little, and Charlotte. As the kids got older still (they keep doing that) they have developed their own love for reading – yes even Elijah who struggles with it still in 6th grade and will for the rest of his life. I can’t tell you the happiness I felt the first time I caught him up after bedtime reading in his bed under the covers. I wanted to be mad and cry at the same time. 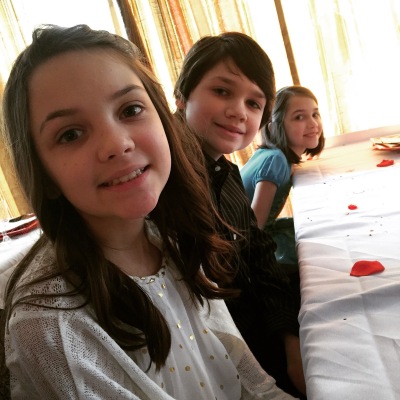 But the important part here isn’t that we read to the kids and they got to experience all these things though, it was the time spent with them that truly was the benefit. Today they still talk about how we used to gather in one of the bedrooms at night to read a chapter or two from the books, which we continued for a while after they started reading on their own. They don’t mention the countless TV shows that we sit and watch as a family, and rarely do we discuss the movies we watch either. They remember when we do things like go ice skating, or to a carnival, but what they talk about most is that time spent at the end of the day where we stopped the busyness and made them the obvious priority.

I also believe that it is because of these hours spent reading and sharing and discussing books that really made Justin and I aware of Elijah’s learning disability – because we knew he loved reading as much as we did, we knew he wasn’t lazy or over active or any other thing you could think of. I’ve heard so many people who also struggle with dyslexia say that we are ‘lucky’ we realized so early on and they wished they were so fortunate. He has, indeed gotten a lot of help and I have fought for his accommodations – and then fought again to take away some of those accommodations so that he would push himself to get better (because if you’re not careful, some accommodations become enablers…be aware IEP moms!)

So having reviewed the past decade of my life with my children and books – I have decided I miss this time, and we are going to pick out a book and read it together. They are never too old, or too young for quality time and a good book!