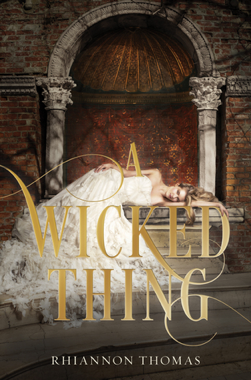 One hundred years after falling asleep, Princess Aurora wakes up to the kiss of a handsome prince and a broken kingdom that has been dreaming of her return. All the books say that she should be living happily ever after. But as Aurora understands all too well, the truth is nothing like the fairy tale.

Her family is long dead. Her “true love” is a kind stranger. And her whole life has been planned out by political foes while she slept.

As Aurora struggles to make sense of her new world, she begins to fear that the curse has left its mark on her, a fiery and dangerous thing that might be as wicked as the witch who once ensnared her. With her wedding day drawing near, Aurora must make the ultimate decision on how to save her kingdom: marry the prince or run.

Rhiannon Thomas weaves together vivid scenes of action, romance, and gorgeous gowns to reveal a richly imagined world … and Sleeping Beauty as she’s never been seen before.

My Review: It is no secret that I’m a big fan of fairy tale retells, but I can say that Sleeping Beauty is not one that I have read previously.  I think that it really is the tale itself that kept me from it.  The idea of being asleep and woke up to insta-love, it just wasn’t appealing to me. So when I read the description of A Wicked Thing, I thought surely this version is one that I could get in to.
In this Sleeping Beauty rendition, nearly 100 years have passed and the kingdom that Aurora is waking to has changed completely.  She isn’t given even  a moment to adjust to this new reality when a century of waiting and expectations falls to her shoulders, yet her instructions are to ‘smile and wave, boys…smile and wave.’ Okay, maybe not verbatim, but you get the idea…
What I Loved:  The characters were pretty great.  From Aurora and her ability to be both witty and prim and proper princess, to Rodric who was all blushes and shy self-conscious prince, to Finnegan who was full of arrogance yet quite smart and cunning (and fwiw, I’m totally team Finnegan), and Tristan who was charming, fun, and then surprises you completely.  I enjoyed even Queen Iris who was way too proper and seemed to have an agenda that was all her own.  Actually, her character threw me for a loop more than any of the others, I wasn’t really quite sure what to expect from her.  There were points where I think we were almost suppose to like Iris, though overall no.  The king was the least disappointing, and most predictable of them all, he was actually slightly reminiscent of the kings you see in The Throne of Glass and the Defy series.
I felt like the flow of this book was really good – I enjoyed the writing quite a lot.  Despite the fact that Aurora did spend a bit of time locked away (yes even in this version), the book didn’t really feel like it dragged any.  I feel like this is an accomplishment that many authors have struggled with; how to ‘pass time’ in one spot without causing the story to trickle away into the darkness.
Not So Much:  So I kind of felt like Aurora was too paralyzed by her position and who she was and who she was taught to be throughout nearly this entire book.  It was like she knew something needed to be done, but felt that clearly she wasn’t the one to do it.  She had a ‘fate’ that she didn’t want, but then she didn’t want to leave because that was wrong.  She wasn’t really a mopey or melodramatic character, however her actions indicated that she was playing a victim of her circumstance.  DO SOMETHING besides think about how something needs to be done.  That was frustrating.
The Verdict:

I most certainly will be sticking around for the remainder of the series.  I have some suspicions about what happens next, and I will have to satisfy that curiosity.  This book is perfect for the YA genre, very clean, very appropriate, and fun.  It does have action and adventure, and despite some main character frustration, it does keep your attention. 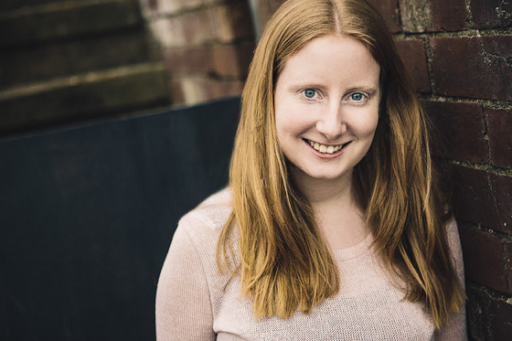 About the Author:  Rhiannon Thomas is a recent graduate from Princeton University, where she studied English and Japanese, and smuggled bubble tea into the library on a regular basis. She now lives in York, England.
As well as reading and writing YA fiction, she runs the blog FeministFiction.com, where she discusses TV, books, and all kinds of fannish things from a feminist perspective.

One thought on “Book Review: A Wicked Thing – Rhiannon Thomas”