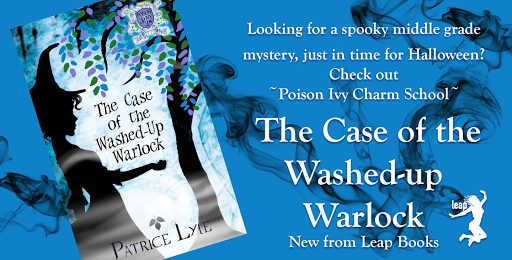 Synopsis:
When thirteen-year-old Tulip Bonnaire’s super-cute crush, Dexter, is threatened with expulsion from Poison Ivy Charm School, she can’t help but take the case. Someone has put a spell on Garrett’s Levitation skills and all the evidence, which includes the testimony of a sea hag stone, is pointing to Dex. Tulip can’t imagine Poison Ivy without Dex, so she’s intent on proving his innocence. But that means delving into an old secret to find out who turned Garrett into a washed-up warlock. 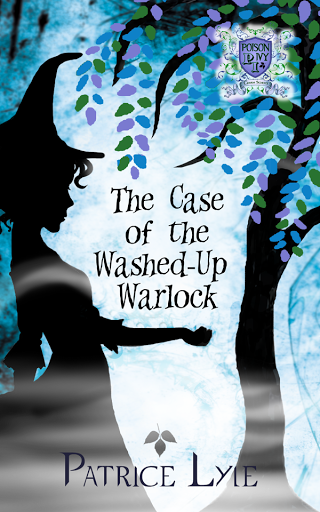 Excerpt:
“Any news yet?” He sat down on his bed and wedged himself against a mountain of pillows.
​I was about to answer when a glint of gray caught my eye. A stone the size of a cookie, with an uneven hole in the middle of it, sat on his bedside table. “Is that your enchanted sea hag stone?” The one that had started all the trouble?
​“Yeah. Glad she finally woke up and told me ’bout Dexter busting into my closet.”
​I ignored him and approached the troublemaking pebble. Its smooth exterior was cool against my skin when I rolled it between my fingers. Not a sign of life existed until I dropped it – kindaaccidentally – onto his table. Thud.
​Dark, creepy eyes appeared, lined with spiky, green eyelashes. A tiny mouth with slimy black lips emerged around the hole. And a long, carrot-shaped nose covered in warts jutted out. “Hey, you. Don’t drop me like a bag of dirt.” Her voice screeched like a spider monkey on a rampage.
​I laughed. “You talking about Garrett’s Lev performance?”
​Garrett cleared his throat. “That’s not my fault. It’s a spell.”
​“Don’t you drop me again, you idiotic hooligan.” The sea hag had a ’tude stronger than Alexandria’s.
​I wanted to fling the stupid stone out the window, but that wasn’t the best way to get information. If the dumb hag had seen Dexter, maybe she’d seen something else that could help me solve the case.
​“Sorry,” I said. “I didn’t mean to.”
​“Yeah, right. I know a rock dropper when I see one.”
​I stifled a smirk and a smart comment about a rolling stone. “You see anything else suspicious in Garrett’s room?”
​She batted her needle-like eyelashes. “Nothing but that nerd ’lock who slipped in here like some moron ghost who hasn’t mastered being dead yet. He fumbled with the door forever before crashing in like a nitwit.”
​Anger shot through my veins like an ink pen explosion. First Garrett had insulted Dex. And now some stone with a hideous, old hag face? Who do they think they are? I grabbed the dumb rock with both hands and pinched the sea hag’s ugly warty nose, intent on breaking it off.
​But she bit me!
​Her moldy teeth chomped down on my fingers, drawing blood.
​“Ouch! You stupid sea hag!” I tried to hurl her against the wall, but her grip was like a pit bull’s.
​If pit bulls had carrot-shaped noses, spider monkey voices, and moldy teeth.
​“Get this thing off me,” I yelled at Garrett. “Or I’ll drop your case.”
Book Links:
Amazon: http://amzn.com/B015JFYE5W
Goodreads Link 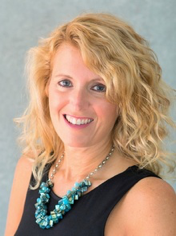 Author Bio:
Patrice Lyle has never met a ghost story she didn’t like. She’s been fascinated with the paranormal since childhood. She attributes this fascination to having heard old family stories of ghostly wreaths, ESP, and money hidden in the lining of antique purses. She grew up on the Oregon Coast and has a Master’s Degree in Writing Popular Fiction. Now she lives with her husband and two cats on Florida’s Space Coast, where she’s working on her next novel under an umbrella on the beach. For more information, please visit her website at www.patricebooks.com.
Advertisement