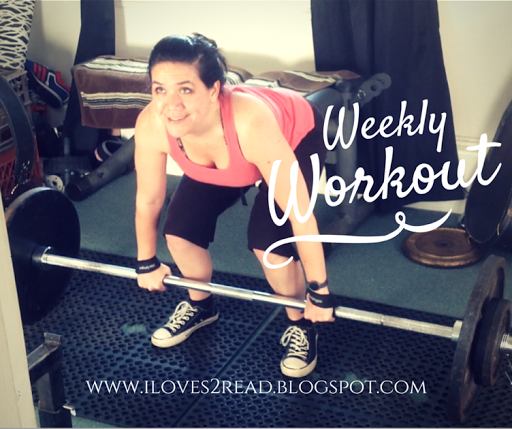 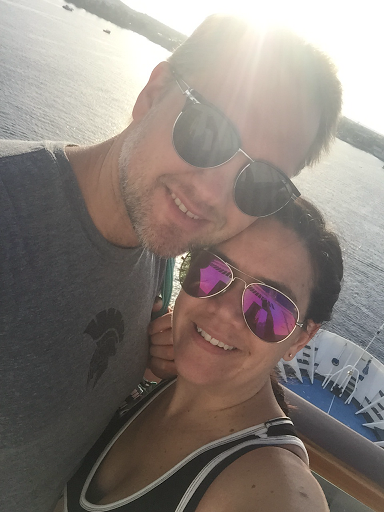 So this isn’t exactly a workout update, since I haven’t really been working out.  I’ve been resting and relaxing and crusing on a Carnival Cruise ship.  This vacation has been being planned out for two years, mostly because it takes that long for us to plan to spend that amount of money on one thing, but also because we were planning this vacation with some friends of ours as well.  We had been on a cruise before; four years ago when Justin and I celebrated our 10 year anniversary, and just before Justin made the transition to a Vegan lifestyle.  The entire thing was easily a glutton-fest, because food is readily available all the time.  Good food, bad food, endless food.  Four years ago we took advantage of it every chance we had.  Since then we have made many life changes, and the biggest one of those is that not just Justin, but I myself have decided on a Vegan lifestyle.  This was probably our biggest concern going into this year’s cruise because while there was food in abundance, the food was all very rich and filled with butter, milk, and eggs; that is unless we wanted to eat salad and fruit the entire week.

Times are changing, however, and even in the last four years the number of people who are eating vegetarian and vegan has increase dramatically.  So while planning the last few weeks before we left, we figured that there would be options available – but we had no clue to what extent, so we decided to ask.  The thing about Carnival is, if you have a log-in to their site, and you go and sign in to look over your cruise information, you are guaranteed to get a phone call.  I got a phone call every time until the end when I actually mentioned the fact that they were calling me every time I signed in to my account.  I think they must have made a note on the account.  Anyhow, a couple of times when they called to follow up on my online inquiries I asked specifically about vegan eating on the cruise, both time I got the same answer; in the dining hall they have what is called a “Spa Menu” which is just for  special diets and allergies.  To me this didn’t fill me with any level of confidence that we would have options.  I had already been on a crusie and knew that the dining room was a drop in the bucket of food availablility, but it was hope at least that we wouldn’t be eating “rabbit food” all week too.
On Monday during our drive to Flordia, the couple we were going with mentioned going and talking to the dining room stafff to see if we could find out more information, so that was the very first thing we did upon arrival; we went straight to our dining room and discussed our diet with the staff.  They were very nice and basically handed us a menu and told us to pick what we’d be eating that evening and they would make sure that it didn’t include any animal products.  Then every night at dinner they would give us the menu and we would pick out our meal for the next day.  So this “Spa Menu” that we were told about on the phone was not really a seperate menu at all – it is THE menu for the ship (which changes slightly every day) and the kitchen staff would make your food to match your diet.  If they could not make your selected items you would find out the next day (which did happen with Justin and I one day with our dessert). 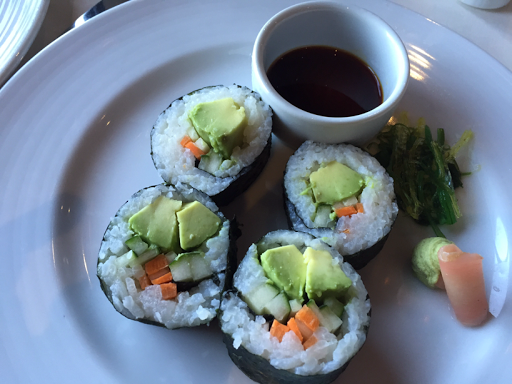 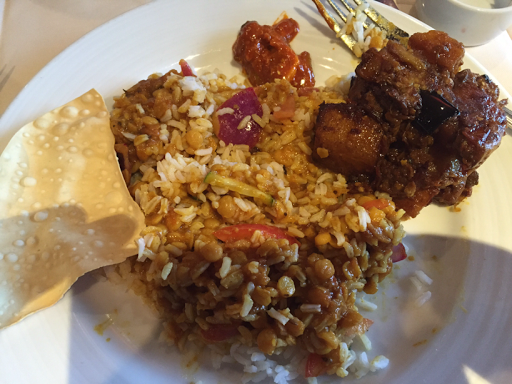 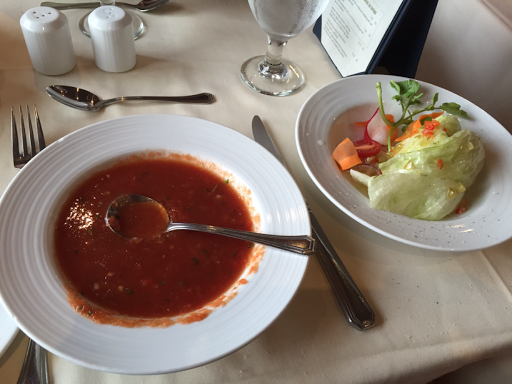 We followed this same process for a couple of our breakfasts as well, we just picked the foods we’d eat and they made them vegan for us.  We ordered Room Service once, but made sure to pick items we knew we could eat.  For lunch, we had to rely upon what was available via room service or the buffet lines on the boat.  By the end of the week I was both thankful that we had so many food options and ready to get home so that I didn’t have to think so darn hard about what I could eat.  I will say that this cruise was way different for me because of this too.  I think the first time around the unlimited food and options was so front and center to everything that what we did was almost scheduled around our trips to the buffets and trying a zillion different desserts.  On this trip, the food was a a by-product to the vacation, which we spent enjoying the sun, the water, the entertainment and just each other.  So there is a side of me that thinks that not having such an overwhelming amount of food – and NOT being “able” (yes it IS a choice..but still) to eat so much was ultimately a good thing. 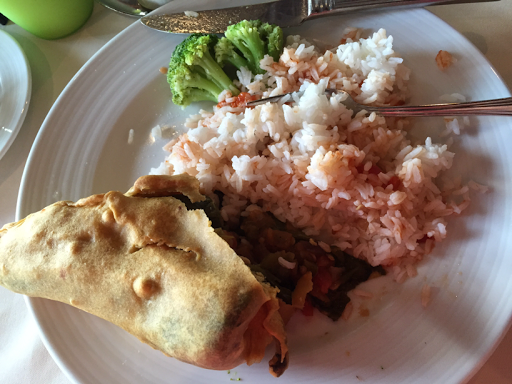 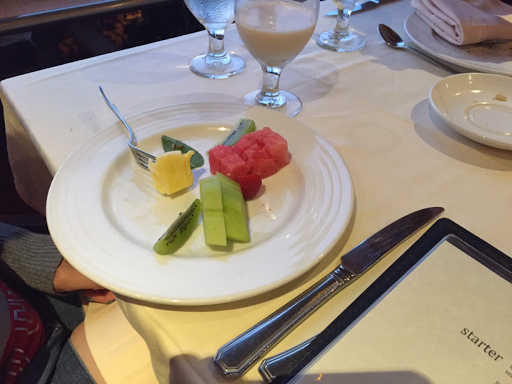 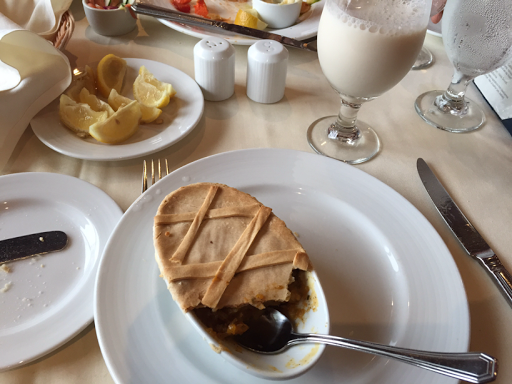 My Tips for Eating Vegan on a Cruise (this also will work if you have food allergies): 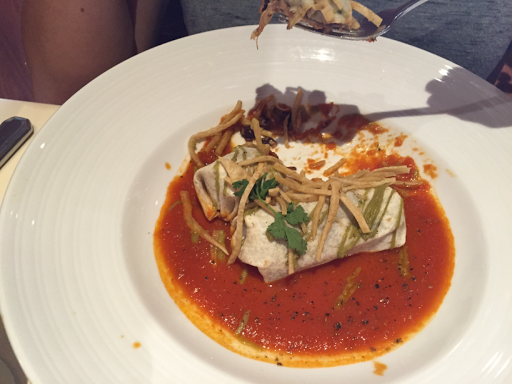 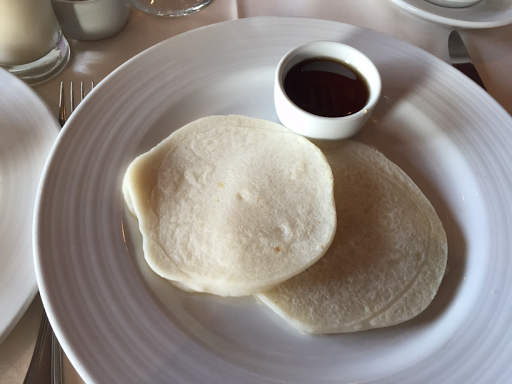 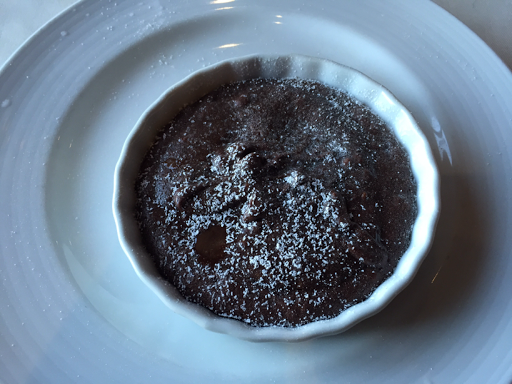 One thought on “Weekly Workout: Cruise Vacation and Eating Vegan”