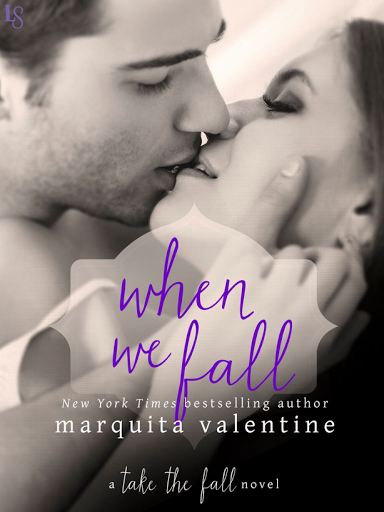 WHEN WE FALL is the second book in the Take the Fall Series that I wrote for Random House. If you’re a sucker for the best friend’s older brother type of romance, then Jase and Piper’s book is for you! Special thanks to Okay Creations. for designing this beautiful cover!
Synopsis:
The last time Piper Ross saw her best friend’s sexy older brother, Jase Simmons, he was being taken away in handcuffs. Seven years later, two things haven’t changed: Piper is still head-over-heels in love with him . . . and Forrestville’s chief of police—Piper’s dad—still hates his guts. So when Piper sees a chance to get close to Jase, she makes her move—literally. As his new roommate, and as the office manager of his tattoo shop, Piper won’t be satisfied until Jase knows that she wants to be his.
The quintessential good girl, Piper is pure temptation for Jase. The only reason he’s always kept his distance is because she’s the last person he’d ever want to hurt. But once he realizes that Piper is ready to take the leap, everything just makes sense. Suddenly Jase feels like a new man—until nasty rumors start swirling and Piper’s heartless father stirs up even more trouble. Now Jase must convince Piper that she wasn’t wrong about him . . . because falling in love never felt so right.
You can preorder it now!
Kindle: http://amzn.to/1GL6V2X
iBooks:  http://apple.co/1IeMgJ1
Nook:  http://bit.ly/1FKI9Oy
Kobo: https://store.kobobooks.com/en-US/ebook/when-we-fall-3
Advertisement

One thought on “Cover Reveal: When We Fall – Marquita Valentine”