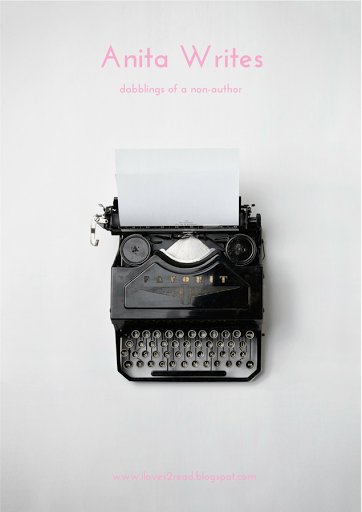 Here’s something I had considered doing more than once, so let me know what you think.  I dabble in writing.  I’m not an author, though I have started and stopped many-a-story.  Some of them are much further along, and many – like this one, just didn’t go anywhere.  Sometimes I get an idea and start writing.  Sometimes the idea is better formed and I have an outline and usually make more progress. I thought it would be fun to take some of these bits and pieces of things I’ve written and post them.  Especially the ones that I don’t think are going to be made into something real.   I believe this particular session came from sitting down with a word document and just typing away.  Please keep in mind – this is very rough, un-edited, off the top of my head type stuff.  (Check out the date…I’m sure the year is at least accurate).

I used to dream of this day; the beginning of the end, the end of the beginning.  My childhood ending, my adult life finally starting.  But now it’s just nothing.  Life feels like nothing.  It has no meaning, no purpose.  Why do we put ourselves through this torture, through school then work, through all this crap – only to get cancer and die on everything you once considered important?  Nothing’s important.  Life’s not important, because after life there is only death.

I am still trying to collect myself as I pull up to the school.  Last year, this moment, this day would have been the day of anticipation and excitement.  I would have called Angie and Katelyn and planned every detail; what we were going to wear, how to fix our hair.  Heck, we might have planned a girl’s night and splurged on a manicure and pedicure at the mall, wasting away the last of whatever money I had made working at the movie theater in town over the summer, a job I only took the last two previous years as a way to earn enough money to fund my back-to-school wardrobe for the year to come.  The theater is perfect for me because…well, I love to watch movies.   As an employee, I got to watch all the new releases before anyone else in a special previewing session, and usually we were allowed to bring one friend.   For me, that one friend would have been my then-boyfriend, Bruce.  We’d sit snuggling into each other, as close as a movie theater arena would allow, and laugh at the movie or talk about what was going to happen next.  If the movie sucked, we’d make-out like any other normal teenage couple would. But even that has changed.  I sigh at the direction of my thoughts, and close my eyes.
This summer I never went back to the theater.  Bruce and I didn’t hang out.  I didn’t hang out with my friends either.  I sort of pushed them all out of my life.  I didn’t do much of anything but hang around the house and help my family.  This summer we stuck together like glue, because at the beginning of summer I found out that that very glue that was holding our family together was falling apart.  On the last day of school, my Junior year, my mother found out she was dying of lung cancer.  The cancer had rapidly progressed to a point that there was no way to save her.  She is going through treatment, prolonging her life, but eventually, probably within the next 12 months, she is going to die.
So while my life as I knew it before this summer is completely over, here I am trying to move forward as if nothing ever happened.  We didn’t exactly break up officially, Bruce and I, I just stopped talking to him, and he just stopped calling me.  Any normal guy would have given up a month into the summer and found something else, someone else.  So there were no expectations on my part today.  And as I push myself out of the car and toward the school, I can see that I am right in my expectations, out of the corner of my eye I catch Bruce play-fighting with Miley Michaels, a ditsy red-headed Sophomore who has a reputation for attempting to work her way through all the jocks in school.  I know I shouldn’t assume, but whatever is going on between her and Bruce, there is definitely the air of, “I’m free to play,” in Bruce’s demeanor.  No big deal though.  Like I said, I was expecting this.
Homeroom is where I meet up with Katelyn.  “Hey, Julie!  I tried to call you last week, I needed some help with this ensemble.”  She pronounces “ensemble” with a French accent, then sobers up, “How are you doing?”  Katelyn’s eyes are sympathetic and closed off at the same time.  It’s as if she’s put on some mask, keeping herself from me.  I know I’ve hurt her by not hanging out over the summer, but really I had more important things on my mind then hanging out at the lake or going to the mall. Katelyn is sensitive, and views every rejection as a reflection on herself.
“I’m okay, I guess.  It just feels so weird being here today.”
“Oh, I know right!  We’re SENIORS, this is just so….A-MAZING!” she squeals. I draw back at her delight.  Hello, cheerleader much?
“Yeah.  Amazing.” I say.  Really I’m thinking; Uh, no.  I meant being here and not at home with my mom.  That’s weird.  I mean, here pretending everything is going to be fine.  But I don’t want to get into that right now.  Besides, that’s my life, not hers.
“Look, I’m sorry about not calling you this summer.  It’s just been, er, well difficult lately.” I say to her.
“Hey, yeah.  I understand,” she replies, although by the tone of her voice I’m not so sure she does, “your mom and all.”  She looks at me full faced then, a flicker of my friend is revealed. “You know, I can listen well.  You can talk to me.  I DO care what’s going on with you, you know?”
“Yeah, Katie, I know.  Thank you.”  I struggle for more words when Mr. Jackson rescues me by choosing that time to begin his welcome back speech, and handing out our class schedules.  The truth is, I had attempted to talk to Katelyn and Angie earlier in the summer, but they were too excited about what was going on in their own lives to take a minute to understand.  And really, how can I expect them to understand.  Life is perfect for them right now, on the brink of adulthood; freedom.  I admit I didn’t try very hard, no one wants to rain on that parade of excitement.  Why should I bring everyone down into depression with me anyway?

I sit there looking over my new schedule.  It seems like a lifetime ago that I worked out this schedule, planning the perfect senior year.  I’ve got some harder classes, like Calculus; and some easier ones like Choir and a Painting class.  A perfect blend of college prep courses, and classes that are perfect for “senioritis.”  I look up and over to the window, and notice someone new.  Being a smaller school everyone knows everyone else, so whenever there is a new person, it is painfully obvious.  It looked to me like this guy knew it too, as he was sitting in the far aisle looking as if he were attempting invisibility, trying to shrink up into his desk.  He had dark black shaggy hair that dipped down into his eyes, and the sides could easily be tucked behind his ear.  His shoulders were hunched over and chin tucked to his chest, but then his hand was moving rapidly over his notebook.  Whatever it was he was writing, or working on, he did so with intensity.  Then, as if he could feel me looking in his direction, he lifted his head and his eyes met mine.  He had the most wonderful green eyes I’d ever seen, but they were sad, and a bit lonely looking.  I quickly looked back down at my schedule.  I’m sure my embarrassment at being caught looking was obvious.