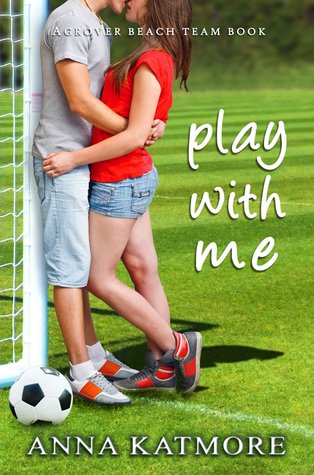 Synopsis (From Goodreads.com):  Hunter grinned but he didn’t seem as happy as the guy next to me. More like he knew crap was about to fall.
“He can’t play when someone’s watching him,” Justin almost sang into my ear. “Totally screws up then.”“But you all are watching him,” I pointed out.At the back of the room, someone laughed. “Yeah, but we’re not girls.” Ryan Hunter’s parties are legend. And tonight she’s going to be there. Liza Matthews has been in love with her best friend since kindergarten. They’re close as can be. They’ve even slept in each other’s bed. But they’ve never kissed. Weeks away from her seventeenth birthday, Liza hopes that soon things will change between them. But when Tony comes home after summer soccer camp, his mind is focused on someone else. And worse, that new girl is a soccer player. Fighting for her love, Liza gets carried away and makes a stupid decision: Without the least bit of talent or any passion for the sport whatsoever, she goes for the co-ed soccer team. The tryouts are hell, the first match ends bloody, and the morning after the selection party she wakes up in the worst place possible—in the arms of the captain of the soccer team. The hottest guy in school. Ryan Hunter.
Review:  I purchased the books Play with Me and Ryan Hunter because they were on another authors pinned list of “kissing” books…meaning, good kissing scenes.  They weren’t much money, and seemed to be pretty short, so I thought I’d give them a shot.  They are pretty short books, and I liked the idea of the same story from different points of view.  Although, I will say that part way through Ryan Hunter, I was feeling that “I’ve read this before” feeling pretty strong.  I suppose I probably should have put some time in between the 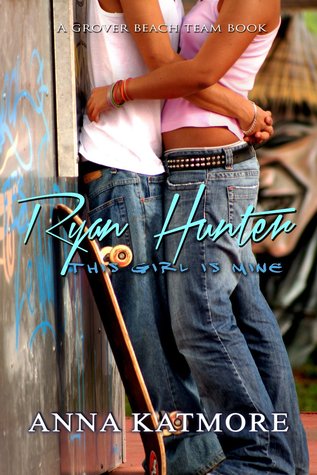 What’s the Drama? Liza is in love with her best friend, Tony, but Tony has a new soccer girl hanging out so Liza decides she’s going to play soccer too.  Thing is…she’s not that great.  Ryan Hunter has a bit of a reputation with the girls, but there’s always been something about Liza…so offering to help her train to play soccer seems to be the best way to get closer.
What I loved:  This is just a cute, fun story(s).  I loved Ryan Hunter’s dark brooding behavior!
Not so Much:  First name/Last name/ First name/Last name.  The characters each have at least 2 names, and they both can be used in the same paragraph interchangeably.  It had me scratching my head, in Play with Me.  By the time I read Ryan Hunter, I had it figured out – but still.  It’s understood that athletes use their last names more than their first, that is normal – but I think it’s okay to dial back the back and forth a bit.
Can my kids read this?  This book is fine for High School aged teenagers.  There is a scene in a bar, and a party with alcohol involved.