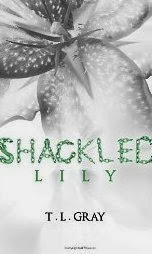 Genre: Young Adult – Romance, Christian
Series: Winsor Series – Book 2
Self Published Author
Synopsis (From Goodreads.com):  Beautiful, selfish and spoiled Kaitlyn “Issy” Summers had it all, or so everyone thought. Then, one night changed everything. Now trapped in the world that destroyed her to begin with, Issy finds herself in the arms of the one man she vowed to forget. Issy Summers spent her life hardening and numbing her heart to the world. Raised by a weak mother and controlling father, Issy learns quickly that self-preservation is essential, and manipulation is often the key. When a night of over indulgence lands her in a coma, Issy wakes to find her life completely shifted as her father forces her back into his world–a world far darker than even Issy was prepared for. The only light now is a man who has loved her for years, a man who recently found the loving grace of Christ. Letting him in will destroy the walls and armor she has worked so hard to build, but will shutting him out trap her forever in the chains that cover her? Shackled Lily is the second book in the Winsor Series, but can be read as a stand alone novel.
Review: Shackled Lily is a beautiful story of redemption.  Kaitlyn (Issy) is an out of control young adult who has grown up splitting her time with a mother haunted by heartache and depression, and a controlling father, his new wife and their son.  The other family that she loaths and resents.  Issy is on a true road of self destruction filling her life up with alcohol, dancing and guys.  She’s a master of manipulation, and wearing masks so well that hardly anyone knows who is really underneath.
This is the first book that I’ve read by T. L. Grey, although not the first book in The Winsor Series.  I admire T. L.’s boldness and finess in writing a book that so obviously fulfills the recently developed “New Adult” genre, a genre that I find a bit risky to begin with, but to tackle it and throw in God’s principles of love and forgiveness; such a tall order, and so well done!  She has written realistic characters (although a bit more extreme than anyone I’ve ever crossed) and real life issues; partying, alcoholism, and even some drug abuse, and makes the love of Christ available even to these who some would look down upon, what could be more real than that?
The book itself was captivating.  At first, I thought Issy was going to turn out to be more devastated by her mother’s attempted suicide, and was a broken, selfish rich kid learning to trust and love those around her.  I was pretty wrong.  It took a while to get past her drinking and partying to see that she truly was trying to numb and fight against the ruling hand of her father.  The matters of her heart, and her inability to love stemming from her inability to trust or believe that people weren’t there just to use her.  A fact that she proved with every conquest, and in her own using of people anyway.  Her story was a very rocky road, and she went down it kicking and screaming the entire way.
What I Loved:  The redemption of Issy’s life, as well as Grant’s unwaivering love.  He stood by her and was a rock that she could stand on (or run away from) until she found her way. When they were able to come together and love each other freely – it was that satisfying “ah” moment at the end of a good novel.  I also loved that in this book – even those who knew Christ made mistakes.  It was a great picture of God’s grace, and how we are always a work in progress.
Not So Much:  Everybody was in love with this girl, and quite honestly – outside of being extremely charasmatic and intelligent; she herself was a bit “trashy” (to use her own words).  She was obvious at throwing herself at guys, and pretty honest and up front about using them.  Regardless, everytime she turned around it seemed like one of them was in love with her.
Advertisement